Wietze Jongsma (58) from Oosterwolde has emerged as a deserving business connector in the Dutch dairy industry. “Whoever dares to share, can also multiply.” He grew up in the world of slaughter cows and the abattoir and worked every spare hour in his parents’ meat company D. Feenstra and Sons in Drachten. Still, Wietze Jongsma received parental advice not to take over the family business. So after studying at the higher school for food technology in Bolsward (the suvelskoalle), he chose a permanent job. He went to work as production manager at the then Campina in Veghel, where, among other things, raw materials were made for calf milk.

Then he pulled the heitelân again and became assistant director of the De Zuid-Oost-Hoek. After a change of directors at this free dairy cooperative, Jongsma deemed it wiser to seek refuge elsewhere. He went to work for Unilever and had to market industrial cleaning systems in the northeastern Netherlands. This was followed by another position at HydroGas Chemicals, and by then Jongsma had had it with the sluggishness and rigidity of big business.

In 2004, he chose self-employment. An inner need had grown in him to be free, to become his own boss. He foresaw a market need for his capabilities. ”Because the most stupid minsken are not technysk and the most technical minsken are not stupid. Wylst ik my just senang fiel der tusken yn.”

With Jongsma Engineering Solutions, he has since been engaged in making connections between companies. He does so as an agent, partner or acquirer for six family businesses including Clafis Ingenieus in Heerenveen and JB Besturingstechniek in Oosterwolde. Its biggest partner today is Bavarian Alpma, which manufactures and installs cheese production and membrane plants. Through Jongsma, this company managed to get a foot in the door of the Dutch dairy industry. For example, the southern Germans were allowed to install the largest reverse osmosis plant in Europe at FrieslandCampina’s cheese factory in Gerkesklooster. With such a plant, whey is dewatered. This was followed by major projects at Royal A-ware and Rouveen. For Clafis, he arranged relationships at FrieslandCampina and Royal A-ware.

Like many of his colleagues, Jongsma has associated himself with several commercial networks. But he also has his own networking platform Thinking Daring Sharing Doing. For five years he has organized an annual meeting where relations can meet and exchange knowledge in a casual atmosphere. Those sessions invariably have the motto: dare to share. “Because those who dare to share can multiply in time,” Jongsma said.

Of a transition to self-employment he has never regretted a beat , “Rykdom is foar my net euros mar frijheid.” 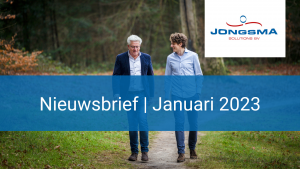 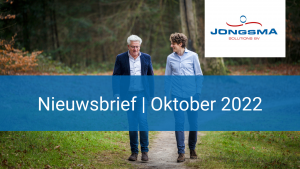 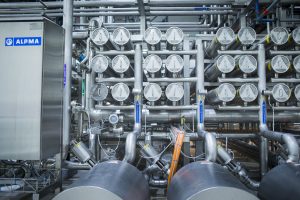 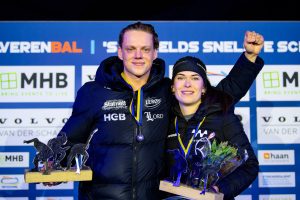 De Zilveren Bal: Thank you for a great evening! 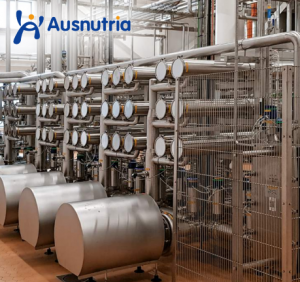